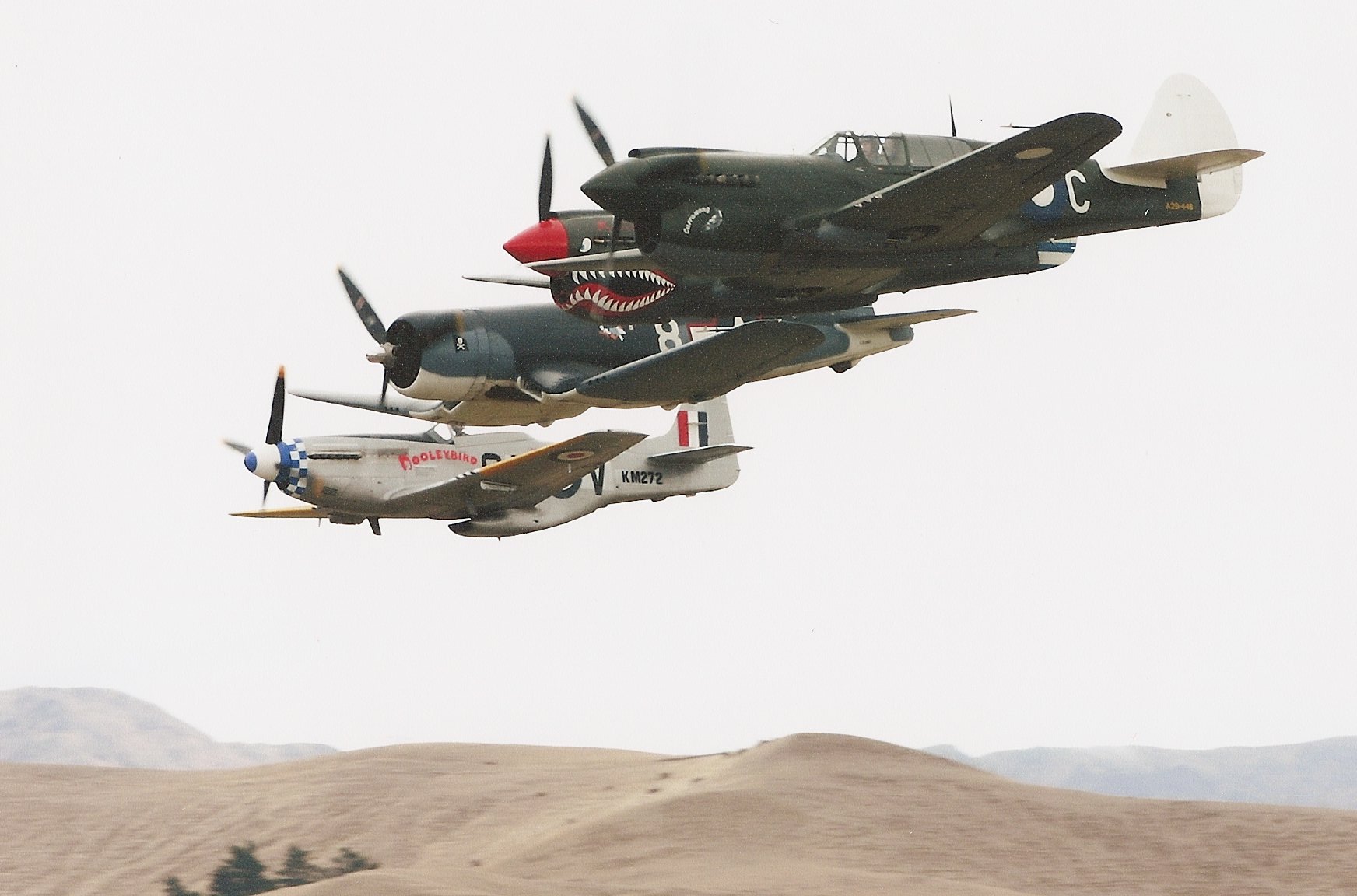 dedicated to restoration, preservation and operation

In New Zealand, as in many countries the world over, service aircraft have been the introduction to flying and aviation for thousands of young men and women. Many such pilots have gone on to establish careers in civilian flying long after their military service so, in many ways, these aircraft form the very backbone of our country’s aviation history. 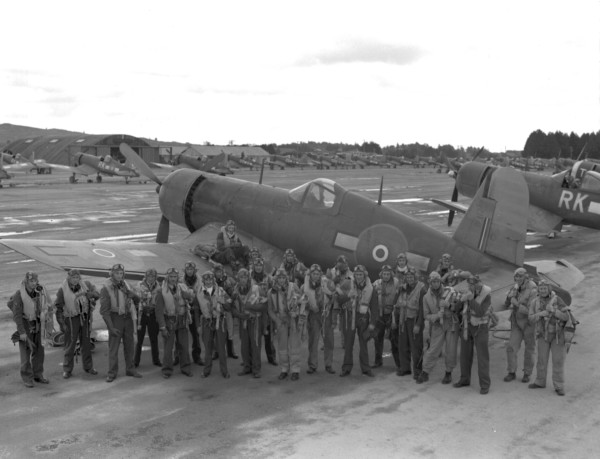 Group of pilots gathered beside a line-up of Corsairs at RNZAF Station, Ardmore. RNZAF Official

NZ Warbirds was originally conceived by the late Trevor Bland who in June 1978 organised a meeting of interested parties with a common goal to establish an association to restore, fly and enjoy aircraft of an historic nature with a connection to the Royal New Zealand Air Force.  The newly formed association boasted two aircraft at the time, a Chipmunk and an Auster but soon to follow was the addition of the first kiwi warbird, a wartime RNZAF Harvard trainer NZ1092 (ZK-WAR). 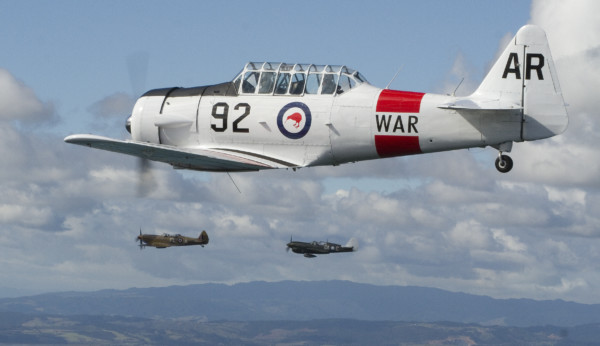 Our associations first warbird, ex RNZAF T6 Harvard NZ1092 (ZK-WAR), still flies under the NZ Warbirds banner. Here it can be seen (foreground) flying with a Supermarine Spitfire and a Curtis P-40 Kittyhawk (background) which also are part of the association.

From our humble beginnings forty years ago, we now have a membership close to 600 with a mixture of active pilots and aviation enthusiasts all with a desire to see these aircraft fly for generations.  Although our organisation was started to preserve ex-RNZAF aircraft, this has been expanded to include any type due to the successful introduction of service aircraft from all over the world including Russian, German and Chinese types. British and American aircraft never seen in service here also figure prominently! 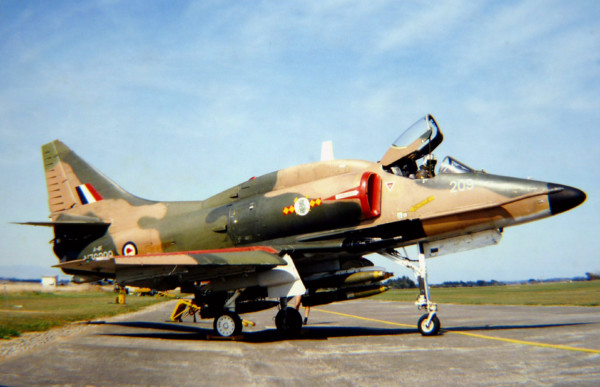 Former RNZAF A-4K Skyhawk NZ6209 on the flight line at Ohakea. “09” is one of many service aircraft that is preserved by the association.

The Association does not aim to glorify war.  Its objective is to provide the wide range of skills and support necessary to see these grand old military and historic aircraft preserved in flying condition.  Our NZ Warbirds at Ardmore collection at Ardmore Airport provides an educational resource unrivalled in the warbird sphere.  Not only does it house former Royal New Zealand Air Force (RNZAF) aircraft, it also has an aviation library complex and comprehensive squadron history displays. 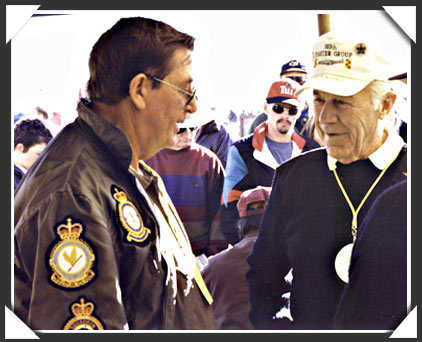 NZ Warbirds is in active contact with like-minded organisations nation-wide and represents the interests of the warbird movement on aviation consultancy groups within New Zealand.  We work closely with the organisers of world class events and significant commemorative occasions such as: 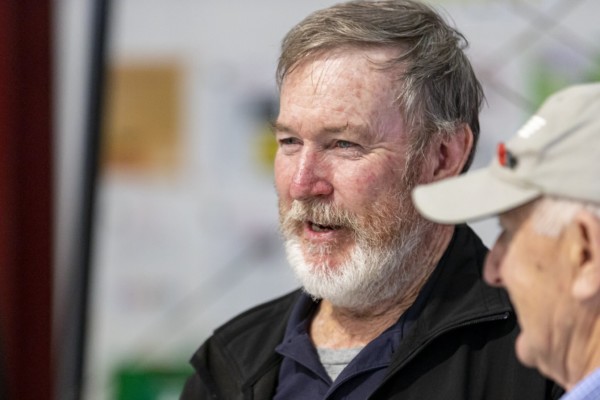 Frank Parker is the current president of the NZ Warbirds Association. He flies a number of aircraft types including our Kittyhawk, Mustang and Harvards as well as the expanding WW1 fleet.

The ONLY airworthy Mk1 Avro Anson in the World. ...

Yesterday Frank Parker had the pleasure of taking ...

By using New Zealand Warbirds Association Inc, you accept our use of cookies.
OK
NZ Warbirds at Ardmore is open SATURDAYS & SUNDAYS only. Find everything you need to know about visiting click here.
+ +